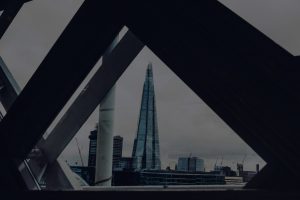 Profit warnings in the Construction Industry

Cost over runs and delays now seem synonymous with the Construction industry. The now ubiquitous industry example is Cross Rail originally estimated to be £14.8bn is now estimated at £17.6bn dwarfing the Jubilee Line Extension (JLE) £1.5bn cost over-run. Elsewhere in Northern Ireland, the National Children’s hospital rose to €1.4bn late last year — an increase of some €450m. The same Contractor BAM is also constructing a new port for Cork where the build had risen by €12m to €58m once again underling that even within the same Contractor delivery issues can repeat despite professional project management and lessons learnt processes being in place.

However as you can see by just the string of profit warnings in the last few years below, BAM is by no means alone in encountering delivery issues an industry where pre-tax margins in construction have fallen from just under 3% in 2013 to an average of -0.9% in 2018:

However what’s more idiosyncratic is that these project overruns are happening in a background where there is more discussion than ever on the best project management practices with more training and software available than ever before.

Miles Ashley, chaired the Institution of Civil Engineers’ (ICE) steering group for ICE’s latest paper on forecasts vs outturns produced a report investigating the ways the infrastructure community and government can work together to narrow this gap.

Whilst setting out a number of solutions for limiting overruns, the paper explored three problem statement areas and makes four recommendations to address them whilst also arguing for a shift in thinking around what constitutes success.

“Scrutiny of projects often focuses on the process of completion against arbitrary budgets and not the wider benefits infrastructure can deliver in the long-term.”

Interestingly in a YouGov polling conducted for ICE it showed that only 3% of the public view a low overall cost of construction as the most important factor in determining the success of major infrastructure projects compared to 74% which believe that the overall benefits are more important.

As an example of this the construction costs of the Emirates Air Line (cable car) initial budget of £25 million grew eventually to £45 million. Although the cost over run has now been largely forgotten the public frustration for this project has been on what the benefits case was? With opponents advocating a walking and cycling bridge east of Tower Bridge between Rotherhithe and Canary Wharf would have been better value of money.

Contact us today to learn how you can benefit from a free audit and analysis to deal with these issues addressed from the start.

The ICE’s paper made four recommendations to address the three problem statement areas:

The ICE has launched Project 13 in order to change this proposing a new business model based on an enterprise, not on traditional transactional arrangements, to boost whole life outcomes.

What are the most significant changes?

• suppliers have direct relationships with the owner.

• an Integrator actively engages and integrates all tiers .

• the key suppliers work as one team to optimise value

As a delivery model for me it was clear that the 3 most significant changes with the promotion of an “Owner” which includes roles traditionally ascribed to the ‘Sponsor’ (e.g. Olympic and Paralympic Games the London Legacy Development Corporation or Crossrail Limited); (2) an Integrated Delivery Team fulfilling the function of the ‘Integrator’; and (3) the changing the role of Consultants from a current business model based on selling their services by the hour to ‘Advisers’ incentivised to develop alternative solutions to reduce whole life costings (e.g. Turner & Townsend on Heathrow Q6 programme).

The main differences between an enterprise model and a traditional construction programme model are:

This is all great but how do I get started?

The ICE’s Project 13 website does provide a set of free tools and guidance material to allow organisations improve industrial collaboration in the programmes and projects they are currently engaged in.

Notably to enable organisations to move towards the adoption of the enterprise delivery model a number of tools have been developed by the ICE.

Maturity Matrix: self-assessment questionnaire: The questionnaire enables organisations to assess the extent to which they display the characteristics of the enterprise model.

Transformation Roadmap: The roadmap contains a range of guidance materials and case studies to help organisations develop the characteristics of the enterprise model.

Blueprint: The Blueprint describes how a high performing enterprise operates and sets out the roles of the investors, owners, integrators, advisers and suppliers.

Commercial Handbook: The handbook outlines a series of core principles that are fundamental to creating the right commercial environment for an enterprise model to be realised.

What’s new in Primavera 21.12?
Download our ‘Cumulative Features‘ overview comparison tool to compare and review changes from your Current release and then compare it against a potential Target release (up to v21.12).
Learn about Primavera Unifier
Explore Primavera Unifier with extensive configurability along with prebuilt processes for a rapid start to automate any business process with custom forms and workflows.
Try the interactive demo to decide Oracle Cloud Infrastructure (OCI) for your business needs
Begin your cloud journey with the interactive demo to decide Oracle Cloud Infrastructure (OCI) right for you. Get one platform for planning, prioritising, executing, and monitoring projects and programs.
Recent Posts
Recent Comments
Categories
Copyright © 2016 DADA Enterprises Ltd. All Rights Reserved. Website by Become™
Back To Top