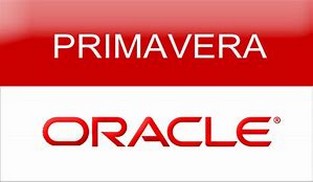 What’s with the complicated numbering? What happened to v17.1?

Usually when a major Release is launched you would expect it start at 17.1 indicating that this is the first release of the year. Not here. What’s up with that?

Here Oracle has started at 17.7 indicating the month of release e.g. July. Many of us are now used to defend this confusing numbering scheme. Since 2015 we have had to get used to Oracle revised numbering. Then it launched Primavera launched 15.1 of Primavera P6 which came as a big surprise to its current users who were on version 8.4 based on the 2014 release. So just as Microsoft was moving away from labelling its products according to the year that they were launched, Oracle picked up the convention. A lot of IT Managers grumbled as I seem to recall.

Okay so now we get why it’s version 17 – because it was released in 2017. What’s with the 17.7 then and not 17.1? Well this is all related to the Primavera P6 cloud version which is constantly updated and now forms part of their ‘ever-green’ development process. The Primavera P6Cloud users have been receiving monthly updates since the beginning of this year, e.g. 17.1 – 17.7. Subsequent releases this year will be service pack updates and the potential of some minor functional additions and come under the revision numbers of 17.8, 17.9 etc….. 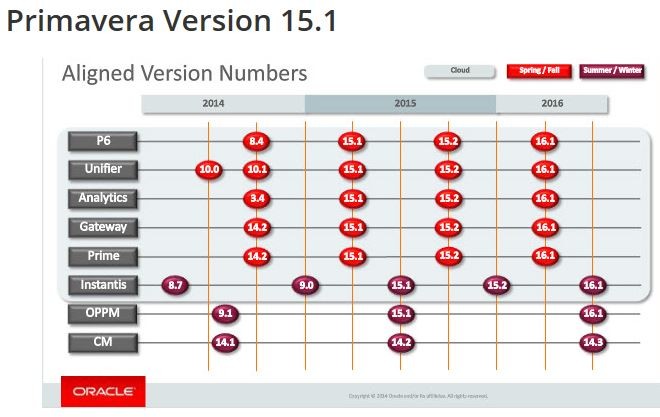 Should I upgrade from your Release X.X to Release 17.7?

With P6 17.7 Oracle customers will now be able to print from the EPS, Activity, and Resource Assignments views. They’ve also added new HTML5 Activity Network and Trace Logic views to help customers better understand the relationships and organisation of their schedules.

Oracle have provided a very useful ‘ Cumulative Features‘ comparison spreadsheet. This spreadsheet allows you to compare and review changes from one release to the next for Primavera P6. So if you’re a Primavera Administrator, IT Applications Owner or Planning Manager then you can put in your Current release and then compare it against the potential Target release (note: this does not have to be v17.7) and you get a report (in excel) of the delta functionality.

This allows you to then decide which progressive release is ‘right’ for you. 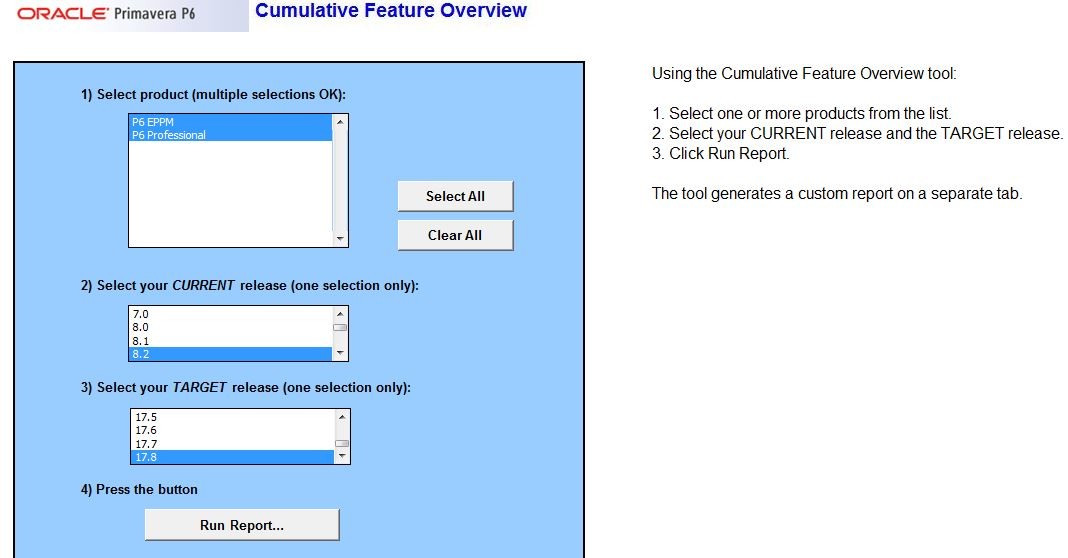 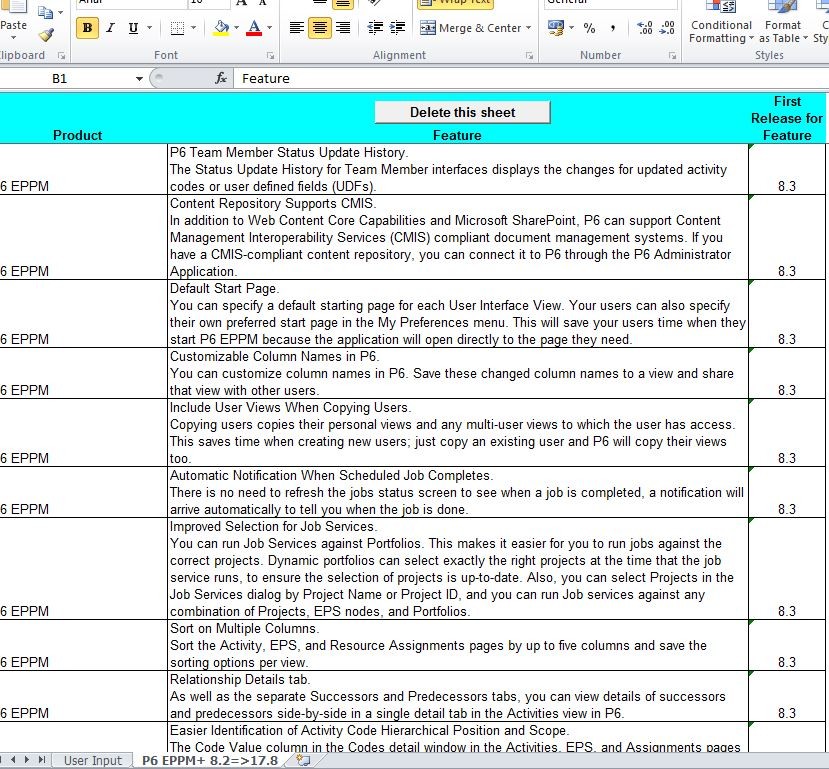 Should I wait a bit longer? Are we expecting any further releases this year?

As mentioned subsequent releases this year will come under the revision numbers of 17.8, 17.9 etc. Although the performance of P6 Professional Client was improved, the proposed addition of enhanced local caching did not make the final build for 17.7.

No idea why that’s important? Don’t worry as many don’t either.

Local caching improves the responsiveness of the application in many areas, including scheduling, copy project, and updating relationships. It is anticipated that local caching will be included in a release before the end of this year.. This will be of more interest to Primavera Administrators who deal with connection configuration modes, user and privilege management and performance tuning. Till then the work-around would be to tune the buffer cache by creating various types of cache groups to produce an optimally-performing system.

The SQLite database is embedded with P6 Professional and does not require any additional installation or setup. SQLite came out in v8.4 so what’s the big deal?

Well because it is embedded with P6 Professional you not beholden to your P6 Administrator. You can check out a project and work on it from your local database. This may lead to improved performance for data-intensive projects. You can also work on the project when not connected to the Cloud. When your work is complete, check the project back in and your changes will be written to the Cloud.

So if you are Planner working remotely and travelling constantly this is really useful! Watch this video demonstrating this feature.

With older versions of Primavera just the Activity Code when adding the Code into the Activity Layout. Cue the Project Manager saying they didn’t understand the Short Code and requiring custom reports (in SQL) which showed the more client-friendly Code description.

Now, on the General page in Application Settings, you can now control whether names or descriptions are displayed for project, activity, and other codes. This is more project friendly.

There is Enhanced Mobile functionality (for Andriod devices) allowing:

For the Primavera Administrator

P6 17 continues the process of removing Java-based applets from the application in exchange for pages written in HTML5. This can be useful for preventing users from encountering Java-related issues. An applet setting in Application Settings affects all users. A setting for User Interface Views allows you to assign different access to different users. Watch a video demonstrating this feature.

Also the EPS page now contains an option to Delete Published Data for a project. This is useful for projects that you wish to retain, but no longer require published reporting data.