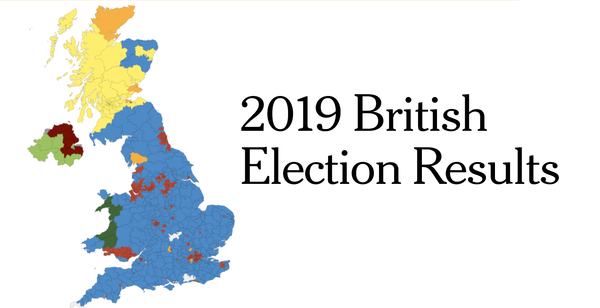 Despite the political weariness in the UK it is still important to ask what does the 2019 General Election mean for UK businesses, key infrastructure projects and the UK future skills force? Has your company done any risk analysis on the strategic political impact?

DADA’s Politics Network share an analysis of the results, what it all might mean to you; your company & project and your people.

Labour suffer a net loss of 59 (203 seats)
Worst result for Labour since 1935, with heavy losses in leave-voting seats in the Midlands and North

With the Conservative manifesto specifically ruling out extending the transition period beyond December 2020; UK businesses face the challenge of a short transition period even if the UK avoids a ‘No-Deal’ scenario by passing the Withdrawal Agreement by the 31st January EU deadline .

The prominence of the election slogan of “Get Brexit Done” suggests businesses now have certainty to prepare for a 31st January exit date? What key strategies you should employ in order to best prepare for Brexit and exploit this transition period?

Many companies have been understandably been concerned about investing with all the political uncertainty. That’s why we’ve focused on ‘no regret’ decisions, where whatever comes next, the investment will support the business to respond and thrive in the new environment.

For example the UK immigration authorities intend to make extensive changes to the current immigration system over the next 12-18 months irrespective of when and how Brexit takes place. The impact of these changes will only be exacerbated by the ending of free movement.

DADA’s business roadshows which have been highlighted by the trade press have helped companies take strategic approach about pending immigration changes by developing governance models for an entirely new point-based immigration system. Companies had ‘no regrets’ in identifying their most impacted stakeholders, mitigating risks and enhancing their employee experience.

Use our free interactive guide to highlight the areas where you can still make a difference.

Is your company prepared to exploit the refreshed Conservative Government’s public spending and infrastructure investment plans?

Get in touch and join the debate on what will make the UK special beyond Brexit and what your company needs to be part of that new ‘narrative’ and how we can help your company take advantage of the changes in Government Policy.

Navigating the next horizon with 37 world-class futurists
Get your 35% discount code to download access to 37 world-class futurists, analysts, subject matter experts, and strategists from 16 countries on five 5 continents.
Apprentices via Kickstart Scheme
As part of the Sizewell C Consortium DADA Enterprises have been part of their initiative to register over 50 placement opportunities. As part of this initiative, DADA Enterprises have provided 2 placement opportunities.
DADA Enterprises awarded the Cyber Essentials Certification
DADA Enterprises have been awarded the Cyber Essentials Certification. This means that we meet (or exceed) the security measures that are required for suppliers of Government contracts that involve handling personal information.
Recent Posts
Recent Comments
Categories
Copyright © 2016 DADA Enterprises Ltd. All Rights Reserved. Website by Become™
Back To Top